I had the chance to visit the oldest church in Singapore. Its all white paint has always intrigued me, but shopping had always won. Until last Saturday, that is. Travelling light with my daughter to meet my wife who was already in Spore, I brought only my Panasonic Lumix LX3 pocket camera. I almost forgot how good it feels to point and shoot with aperture priority mode without the bulk of DSLR (at a mere 265g, it is almost 10X lighter than my 7D plus lens!).

An Anglican Cathedral, the church was built from 1856-1862. The design was created not by an architect, but by a military man, Lieutenant Colonel Ronald MacPherson. The construction was done using Indian convicts as labour. It underwent several modifications, including the north Transept in 1852, south Transept in 1983 (both extended to have meeting halls and offices), and an underground extension which included an amphitheatre in 2005 (and cost around SGD 12.5 million!).

I didn’t have enough time to explore the underground extension, and there was a wedding mass going on, thus I only went around and observed half of the external building features.

Don’t forget you can always click on the images to get a higer resolution ones (and witness the lens quality of LX3). 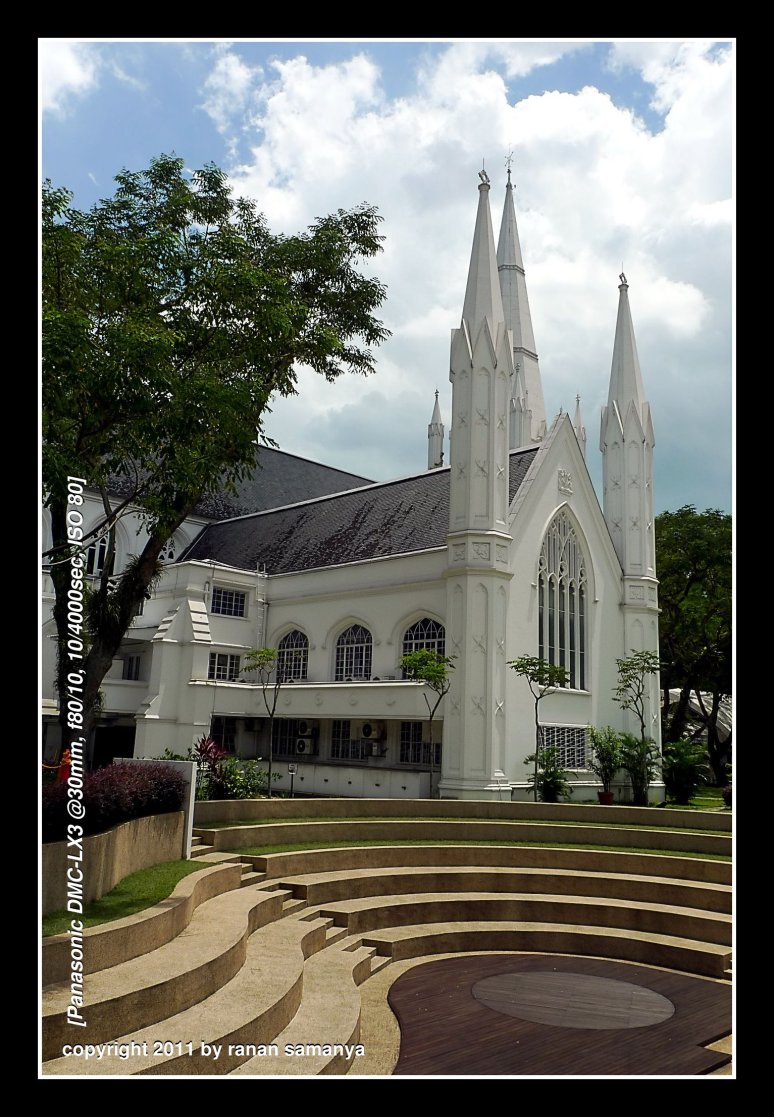 View from the amphitheater showing the North Transept. Originally the Transept was only used to park carriages 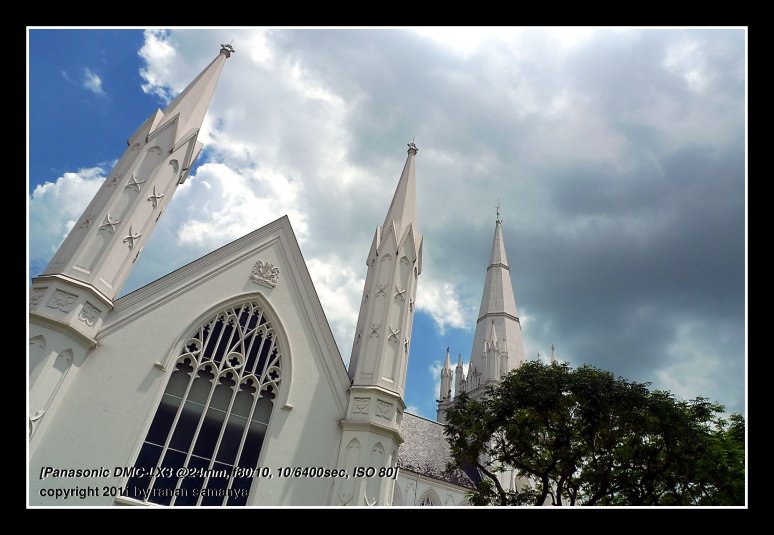 Its towers always remind me of medieval time and epic movies such as Lord of the Ring. 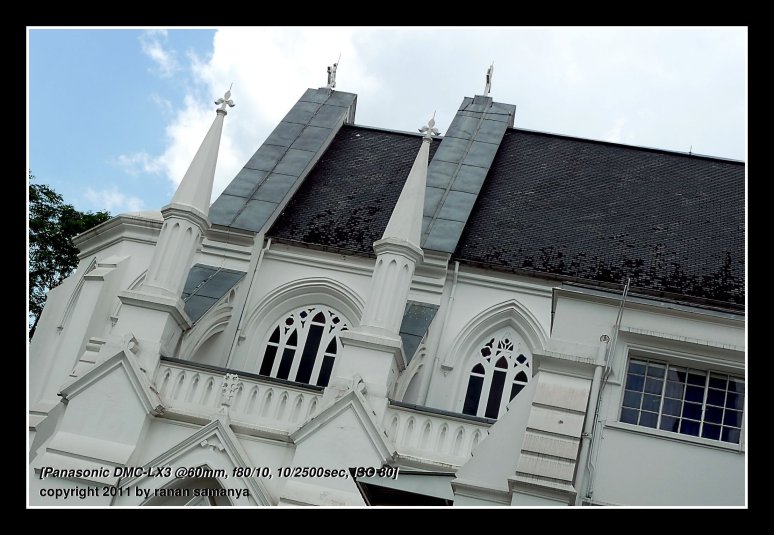 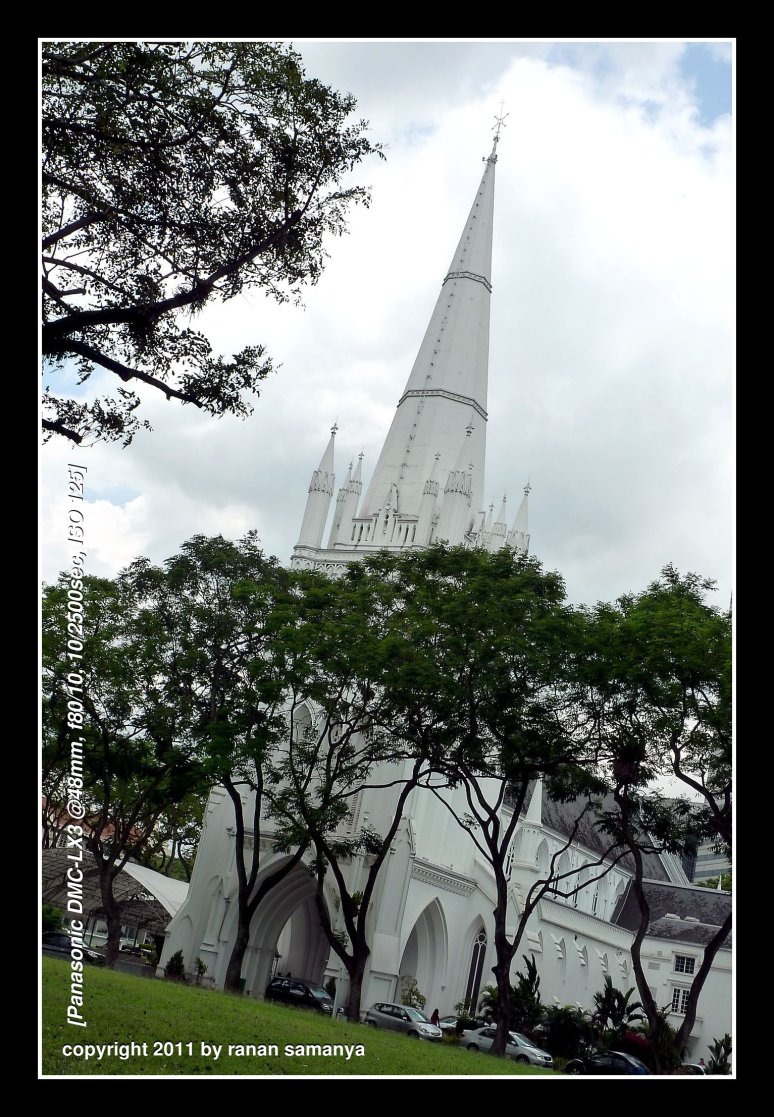 The bell tower from the south lawn.