When I first saw the miniature puppets of the Lion King Broadway Musical back in January 2011 at the Marina Bay Sands Singapore , I knew it would be a great show. And how could it not be, it has won six Tony® Awards in 1998, for Best Musical, Best Director of a Musical – Julie Taymor, Best Choreography – Garth Fagan, Best Scenic Design – Richard Hudson, Best Costume Design – Julie Taymor and Best Lighting Design – Donald Holder. It explodes with glorious colors using nearly 700 lighting instruments to create the show’s lighting plot, allowing us to feel the African atmosphere in an indoor air-conditioned theater.

It took more than 17,000 hours to build the show’s many masks and more than 200 puppets. Don’t be mistaken though, for the masks were taken from Indonesian art forms of topeng (masked dance/drama) and wayang kulit (shadow puppetry), created by Julie Taymor, the Director/Designer of the show, who spent 5 years in Indonesia. Musafa’s colar is a direct influence from Bali. Likewise, choreographer Garth Fagan used elements of Javanese dance and the minimalistic elegance of traditional Japanese puppetry, Banraku, in creating the stylized animal movements. Try to get close enough to the costumes and we will find that all of the corsets worn by the lionesses are hand-beaded using a range of different materials, including shells, glass, ceramics, fish bones, copper and bronze. Each bead is sewn on by hand.

At SGD 65 the lowest (plus SGD 3 for booking fee), the entrance is not cheap, but this is a 2.5 hours must-see show whenever you are in Singapore. The show has been extended until end of August 2011. Make sure you do early bookings, as the lower price ticket categories easily fly away.

Click on the gallery thumbnails below to get higher resolution images, and jump to Lion King Singapore official site after the break. 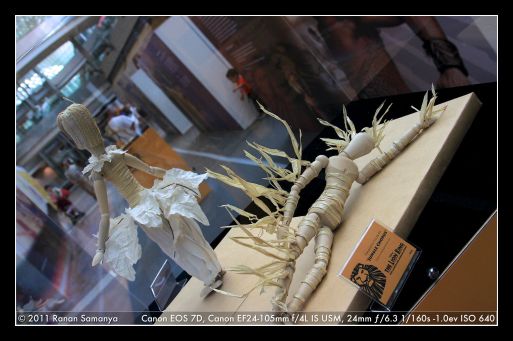 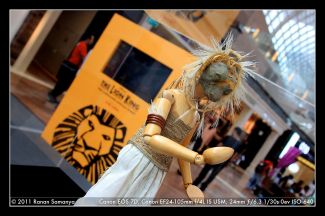 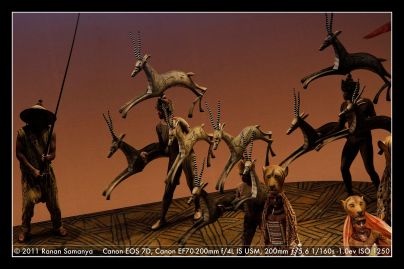 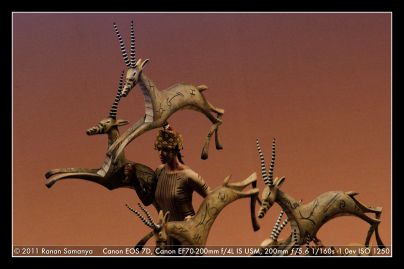 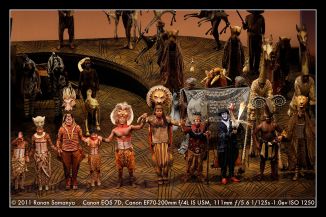